Not an Enrollee?
Enroll Now!

Rainfast Characteristics of Insecticides on Fruit 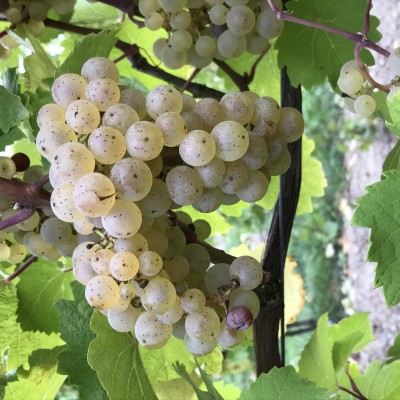 The rainfall events experienced in Michigan have prompted questions about the relative "rainfastness" of the insecticides used in fruit production. In 2006, AgBioResearch provided funds to purchase and install a state-of-the-art rainfall simulation chamber at the Trevor Nichols Research Center (TNRC), after which Michigan State University Extension has conducted trials on fruit crops for a range of insecticides.

There are several critical factors that influence impact of precipitation on a pesticide's performance. First is the plant-penetrative attributes of the various compounds. Some pesticide chemistries, like organophosphates, have limited penetrative potential in plant tissue, and thus are considered primarily as surface materials. Some compounds, such as carbamates, oxadiazines and pyrethroids, penetrate plant cuticles, providing some resistance to wash-off. Many newer compounds, such as spinosyns, diamides, avermectins and some Insect Growth Regulators (IGR), readily penetrate plant cuticles and have translaminar movement in leaf tissue. Others, like the neonicotinoid insecticides, are systemic and can have translaminar (moves from top surface to bottom of leaf) as well as acropetal movement in the plant's vascular system (moves from center to growing tips of leaves). Penetration into plant tissue is generally expected to enhance rainfastness of pesticides.

The second factor is the inherent toxicity of an insecticide to the target pest and the persistence of the compound in the environment. In some cases, a compound may be susceptible to wash-off, but its environmental persistence and inherent toxicity to the target pest compensates for the loss of residue, thus delaying the need for immediate re-application.

The third factor is the amount of precipitation. In general, organophosphate insecticides have the highest susceptibility to wash-off from precipitation, but following light rainfall their high field-rate toxicity to most target pests overcomes the necessity for immediate re-application. Neonicotinoid insecticides are moderately susceptible to wash-off with residues that have moved systemically into plant tissue being highly rainfast, and surface residues less so. Carbamate, IGR and oxadiazine insecticides are moderately susceptible to wash-off and vary widely in their toxicity to the range of relevant fruit pests. Diamide, spinosyn, avermectin and pyrethroid insecticides have proven to be moderate to highly rainfast on most fruit crops.

For most insecticides, a drying time of two to six hours is sufficient to "set" the compound in or on the plant. With neonicotinoids, for which plant penetration is important, drying time can significantly influence rainfastness. For neonicotinoids, up to 24 hours is needed for optimal plant penetration, thus the time proximity of precipitation after application should be considered carefully. Spray adjuvants, materials intended to aid the retention, penetration or spread on the plant, can also improve the performance of insecticides. Based on results from current studies, the following charts have been developed to serve as a guide for general rainfastness characteristics and re-application recommendations for certain insect pests (also printed in the "2019 Michigan Fruit Management Guide," E0154). Note that these recommendations should not supersede insecticide label restrictions or farm-level knowledge based on site-specific pest scouting, but rather are meant to compliment a comprehensive pest management decision-making process.

Originally published at https://www.canr.msu.edu/news/rainfast_characteristics_of_insecticides_on_fruit and revised by the FLGP to remove references to other crops except grapes.

No upcoming events at this time.